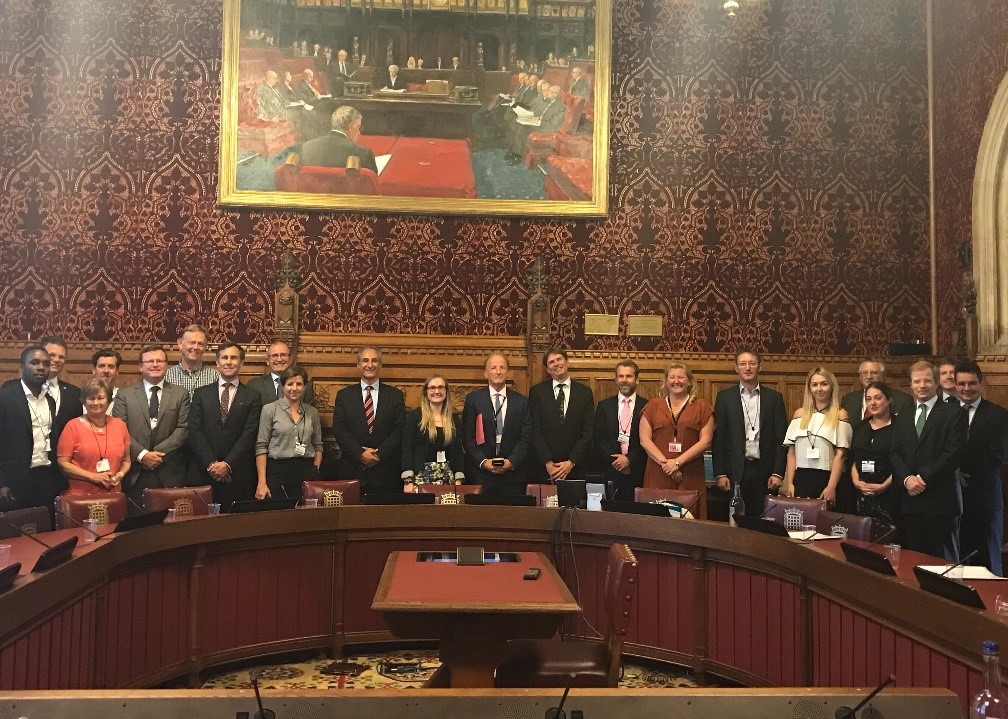 The Transparency Task Force (TTF) has published a report into Free-If-In-Credit personal current accounts and proposed a number of recommendations to improve transparency and clarity for account holders.

In response to the growing commentary about the lack of transparency around charges for Free-If-In-Credit accounts – which are 62% of all accounts – the TTF has presented a current account Standardisation Programme in order to reduce potential consumer confusion.

Last week in the Palace of Westminster, the leader of the Retail Banking Team of the TTF, Alex Letts, presented the report – the result of co-operation between industry bodies and extensive new research and analysis of previous studies – to an all-party parliamentary group of MPs and key figures within the retail banking industry (pictured above).

Alex said that since the event, he has had conversations with various senior bankers who saw standardisation as “inevitable”.

“There's a sense in the banking market that the regulator will make it more and more difficult for banks to make money in the way they have on current accounts, with an insistence on monthly charges being clearly displayed in the same way they are on credit card statements.

“They also anticipate a cap on monthly charges and the impression from people I've spoken to is that the TTF recommendations are a reflection of a consensus in the industry.”

What is included in the TTF's Standardisation Programme?

“Transparency means both clarity around up-front fees and a consistent way of presenting them, so a customer can easily compare,” added Alex.

“The entire focus of my work with the Retail Banking Team of the TTF has been on clarity pricing and it remains our primary aim to ensure our recommendations are put forward.

“This is a significant challenge in itself and my efforts will stay in this area until we can say we have an outcome we're satisfied with.”

Will the Standardisation Programme be adopted by specialist banks too?

“In terms of charging, those accounts that are directly taking on the banks don't appear to be any more or less opaque than the incumbents; making money through lending with lower interest rates and costs that make it feasible.

“Where the model of those challengers directly taking on the banks does seem to differ is that they don't appear to be adding in extra charges or fees at all for current account usage, irrespective of the idea of transparency.

“The model may be different, but you'd hope to see them giving any charges or fees full visibility, in line with our proposals.”

Who is the Transparency Task Force?

The TTF is a campaigning community, dedicated to driving up the levels of transparency in financial services around the world.

Its Retail Banking Team is led by Alex Letts, co-founder and 'chief unbanking officer' at U and Heather Buchanan, director of policy at the All-Party Parliamentary Group on Fairer Business Banking.