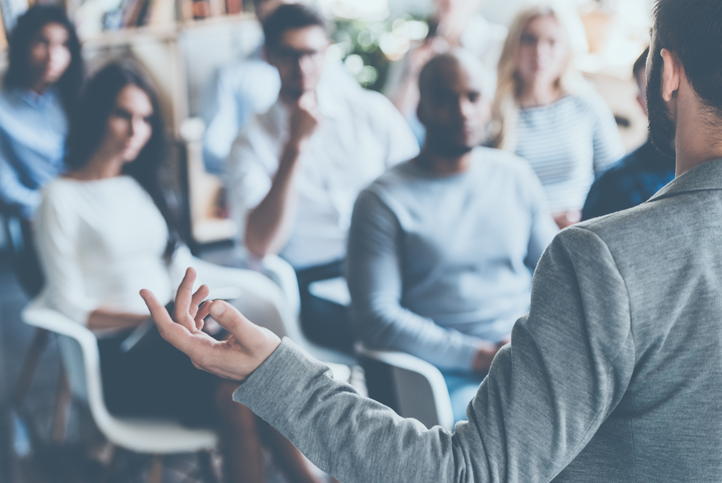 A guide to specialist finance associations

The specialist finance sector contains a number of associations which look to uphold standards, raise the profile of the industry and help consult on regulatory changes.

Some of these associations have existed for decades, others have only recently been formed to cater for underserved areas of finance.

To help you to understand what each association has to offer, Specialist Banking? has produced a guide explaining the key principles of each body.

The Association of Bridging Professionals (AOBP)

Launched in 2010, the AOBP offers the chance for intermediaries, master brokers and packagers in the bridging finance industry a forum for discussion on non-competitive issues.

The Association hosts a number of well-attended events each year and recently launched a northern broker event which gave members from across the country the opportunity to come together and discuss ideas and issues they faced on a regular basis.

The AOBP's executive committee contains bridging experts from packagers, brokers and law firms and is actively involved with the regulator and other industry organisations to help maintain good practice in the sector.

It also contains 33 associate lenders and 22 affiliate associates who have direct access to the executive committee and an invitation to raise questions at quarterly meetings as well as its annual forum and AGM.

The NACFB was founded in 1992 in response to the growing incidence of fraud and is run by an elected board of directors supported by the executive.

The Association's members are made up of commercial finance brokers and it aims to establish measurable standards of proper professional practice in sourcing commercial funding.

It also acts as a way to source SME funding with members having access to 142 patron lenders who have been approved by the board of directors.

The Association also has access to a number of important All Party Parliamentary Groups and holds regular meetings with the Financial Conduct Authority (FCA).

The ASTL's main function is to promote and protect the interest of its members as well as giving confidence to all parties who transact business with them.

Full members are made up of bridging lenders who must abide with the ASTL's strict code of conduct.

The ASTL also contains associate members, which include law firms, surveyors and insolvency experts who can help full members with specialist areas of the short-term lending industry.

The ASTL holds an annual conference which contains talks from the FCA and leading industry figures.

The Association provides regular bridging market updates mapping the current trends and growth within the industry.

The CML is the main trade body representing UK mortgage lenders with members including banks, building societies and other lenders who account for around 97% of residential lending in the UK.

The Association's board is made up of current industry figures with chairman Peter Hill also serving as the CEO of Leeds Building Society.

The CML aims to promote good practice within the mortgage market as well as collect and publish data on mortgage lending.

It also comments on changes to the mortgage market and liaises with many organisations, government departments and commentators to help improve the market.

The CML has a team of 30 full-time staff â€“ which is led by director general Paul Smee â€“ who work alongside its executive committee made up of senior lending industry figures.

The FLA was founded in 1992 following the merger between the Equipment Leasing Association and the Finance Houses Association.

FLA members comprise banks, subsidiaries of banks and building societies, the finance arms of leading retailers and manufacturing companies as well as a range of independent firms.

One of the most important services the FLA offers is to make sure its members' views are heard by those shaping the business environment in which they operate.

The FLA lobby on industry issues, both at home and in Europe.

It also publishes monthly lending updates to track the flow of business in the consumer, asset and motor finance space.

The APL is run voluntarily by a board of elected directors from across the real estate lending industry.

The Association aims to further the effectiveness of the real estate lending industry by fostering a community where its members can enjoy meeting, sharing and learning.

The APL runs a varied calendar of educational and social events throughout the year, as well as working with other bodies to ensure the membership has a collective voice in the real estate lending community.

Its 500 members include individuals who are permanent members of staff employed by a lending group and those directly involved with lending to the commercial and residential sector.

The AABF was launched in early 2017 to increase the influence, knowledge and awareness of alternative business finance.

The Association is chaired by John Davies of the Just Loans Group and its members consist of those looking to offer finance to SMEs.

The AABF aims to represent its members through its four operating principles: transparency, responsibility, fairness and security.

Another of its main aims is for members to create and subscribe to a centralised database for personal guarantees, which will prevent borrowers over committing themselves and help identify potential fraudulent activity.

Key personnel: Patrick Bunton (chairman) and Robert Sinclair (chief executive)
Areas of finance covered: Mortgages
Number of members: On its website it claims that 80% of all mortgage brokers are members

The AMI is a trade association which represents the views and interests of UK mortgage brokers and is supported by a number of mortgage lenders.

The Association works with government, regulators and policymakers to ensure the mortgage industry meets the highest standards.

The AMI aims to play a critical but constructive role within the mortgage regulation process and offers regular opinion and statistical articles on the state of the market.

It also has a strong lobbying voice which allows it to progress and promote ideas at a government level.

The P2PFA was founded in 2011 by Zopa, Funding Circle and RateSetter as a self-regulatory body for the peer-to-peer finance sector.

The Association aims to secure public policy, regulatory and fiscal conditions which will enable the peer-to-peer sector to compete fairly and grow responsibly.

P2PFA members must also demonstrate high standards of business conduct and promote confidence in the sector.

The Association bids to raise awareness and understanding of the benefits and risks of peer-to-peer finance.

This is done by regularly providing updates on the amount of investment and lending taking place within the sector as well as commenting on key economic changes.

It represents the views and interests of those involved in the generation of mortgage business through intermediaries and fosters discussion and debate through its regular meetings of its executive committee.

IMLA has a strong working relationship with the AMI and the CML and has a joint lender/intermediary group in place with both associations.

The Association sponsored the creation of a Mortgage Funding Group in 2010, which aimed to restore liquidity in the mortgage market through competition.

IMLA also has an associate member category for firms who work closely with intermediary mortgage lenders.

*The CML will be merging with the British Bankers' Association, Payments UK and UK Cards Association later this year.