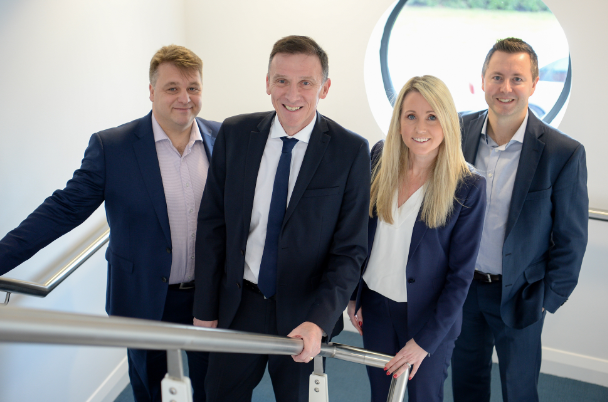 The investment will enable the owner-managed corporate finance boutique to continue servicing the SME market under its existing brand, while co-operating closely with Dow Schofield Watts.

As a result, Camlee’s clients will have access to the wider range of services at the advisory firm.

In addition, the two businesses will be able to work in partnership to expand their presence nationally.

“Between them, Dow Schofield Watts’ founders have almost a century’s worth of advisory experience and have built a business with a sound reputation and diversified offering.”

James Dow, founding partner of Dow Schofield Watts (pictured above, second left), said: “We’re grateful to the team at OakNorth, which not only approached the deal with a commercial and collaborative mindset, but also ensured the process was completed as quickly and efficiently as possible.”