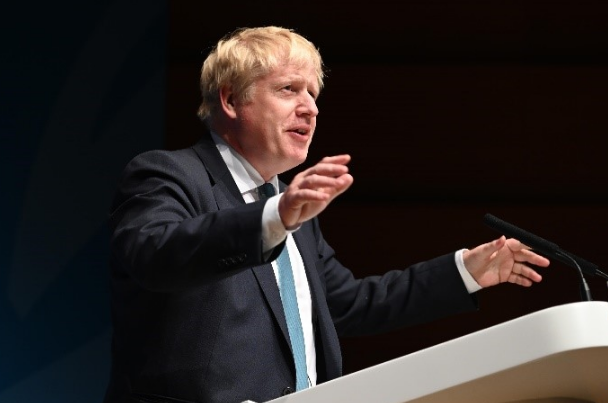 The Conservatives have successfully won a majority in the 2019 general election, taking 364 seats (with one constituency left to declare) and 43.6% of the vote.

Boris Johnson said that he was “humbled” that voters had put their trust in him and also reassured supporters that he and the Conservatives would “never” take their support for granted.

Last week, B&C reported that some 59% of brokers expected the Conservatives to win the election and gain an overall majority.

“Such a conclusive victory for Boris Johnson has the potential to turbo-charge the property market and get it out of its current rut,” stated David Westgate, group chief executive at Andrews Property Group.

“The certainty that comes with a five-year administration will create confidence and bring back the aspirational buyers and sellers that have been lacking since the EU referendum result.”

However, David also reiterated that the housing crisis would not be “miraculously solved overnight”.

Jonathan Samuels, CEO at Octane Capital, added: “After three years of stagnation, the extent of the Conservative victory could see transaction levels really pick up in 2020.

“The public braved the weather to cast their votes and, on the back of that, the property market can now finally come in from the cold.”

“Homeowner, business and investor confidence should return in 2020”

Guy Harrington, CEO at Glenhawk, revealed that he expected the market to witness “improved liquidity, greater transaction volumes, a stronger pound and a bounce in the housing market”.

According to Gary Bailey, managing director at Hope Capital, this result proved that the people of the UK wanted a “swift end to Brexit”.

“This result should be a huge boost to the UK property market.

“Now that parliamentary uncertainty has ended, homeowner, business and investor confidence should return in 2020.

“The prime minister now has the mandate to drive and deliver what the electorate and the economy need.”

“The current tax increases imposed by the government are proving counterproductive”

Randeesh Sandhu, CEO at Urban Exposure, believed that the Conservative majority was the “best result for the UK property sector”, but also highlighted that it was “essential” that the new government developed a “meaningful strategy” to address homelessness and people living in temporary accommodation.

Bea Montoya, chief operating officer at Simply Business, also raised concerns and suggested that it was “vital” that Johnson and the Conservative party recognised the importance of BTL landlords.

“We know a quarter of landlords already plan to cash in next year due to government reform, tax hikes and uncertainty in the market.

“The current tax increases imposed by the government are proving counterproductive,” Bea added, and explained that, with no promises to prevent those looking to sell from leaving, we could see a large number of homes put up for sale next year.

“People want to get on with their lives”

Jeremy Leaf, north London estate agent and a former RICS residential chairman, commented: “Overall, it must be a positive and what we really want to see is more supply and transactional activity.

“People have been holding back for some time and demand can only remain pent-up for so long — people want to get on with their lives.”

On the topic of the NHS and social care, Nick Sanderson, CEO at Audley Group, said that Johnson now had the authority to “put his words into action” and had “run out for excuses”.

“The new government must stop using the NHS and social care as a political football and be brave enough to implement genuine change.

“We need to bring together housing, social care and health policy to create holistic solutions that actually make a difference.”

John Phillips, national operations director at Just Mortgages, felt that the political deadlock over the past few years had “finally been broken”.

“Whatever anybody may think of the result, we now have some clarity around Brexit at long last and that should help bring more certainty to people thinking about buying or selling homes, and to investors.”

Martijn van der Heijden, chief strategy officer at Habito, stated that the single biggest concern looking ahead to 2020 was that housing would struggle to make it to the top of a very busy priority list.

“Until the time is found to resolve the core housing issues around affordability and accessibility, fundamental barriers to many people’s dream of home ownership will remain,” he concluded.