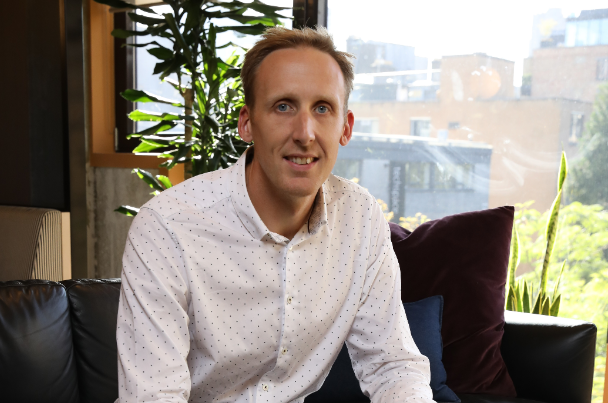 Koto is set to launch in the UK in January next year offering fixed-fee lending via an app.

The business shares co-founders with Ukraine’s popular neo-bank, monobank, and aims to replicate the latter’s success.

monobank gained more than 1.6 million customers in just over a year after its launch and is continuing to gain more than 100,000 customers every month, according to Rob Escott, chief executive officer at Koto (pictured above), in an exclusive interview with Specialist Banking.

“We want to replicate the sort of disruption that monobank has created in Ukraine,” said Rob.

“monobank launched last year and it took them just nine months to launch … and since [launching, it has] now got 1.6 million customers in a bit more than a year.”

Rob stated that Koto wants to launch with something that “generally helps customers to manage their everyday lives”.

He explained that customers will be able to apply for credit exclusively through the app, and therefore will not need to apply online or use paper forms.

“You'll get your card straightaway … with a Mastercard number [as well as] a sort code and account number.

“You don’t have to wait for anything in the post, [which] is quite different [compared with] most providers.”

Koto is made up of three products: an e-money account plus two credit elements which have fixed fees of just 25p or £10.

“The first [credit product] — called extra — is up to £400 and works a bit like an overdraft, but unlike an overdraft there's no interest on it — it's a fixed fee for usage.

“…It's very transparent, very fair and everyone can understand what it is.

Rob added that there won’t be any foreign transaction fees or fees for withdrawing cash from an ATM.

The other credit product — called a ‘spread facility’ — is up to £1,000 and is generally for larger transactions, with a fixed cost of £10 a month.

“The technology stack is rock solid because we're sat on something that's proven for 1.6 million customers,” Rob concluded.