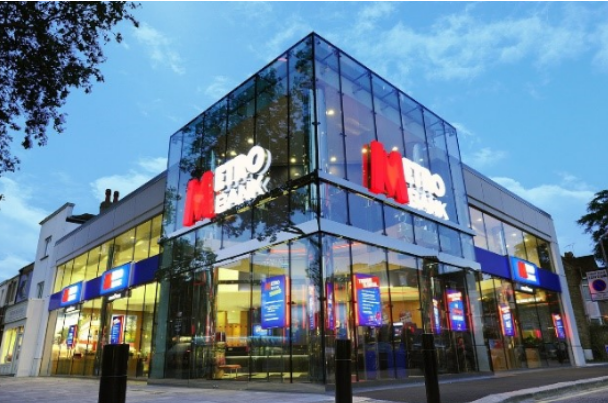 Metro Bank has revealed that it will open its first two stores in Yorkshire next year.

This comes as the challenger bank was awarded £120m from the Capability and Innovation Fund and has committed to building stores in the North of England.

One of the stores will be opened in Sheffield at 58-64 Fargate.

Mazher Iqbal, cabinet member for business and investment at Sheffield City Council, said: “We have ambitious plans for Fargate and the surrounding area and are putting together a business case for a significant revamp of the street.

“With businesses like Metro Bank on board the message is clear, we are going places.”

Meanwhile the other store will be located on Market Street in Bradford.

Susan Hinchcliffe, leader of Bradford Metropolitan District Council, added: “It’s great to see Metro Bank choose Bradford as one of its first locations in the region.

“The city is home to so many successful SMEs and Metro Bank have obviously recognised this with their new investment.”

Combined, the stores will create 50 new jobs in the region and will offer thousands of safe deposit boxes for customers to store their valuables.

“We’re thrilled to be arriving in these two cities next year.”