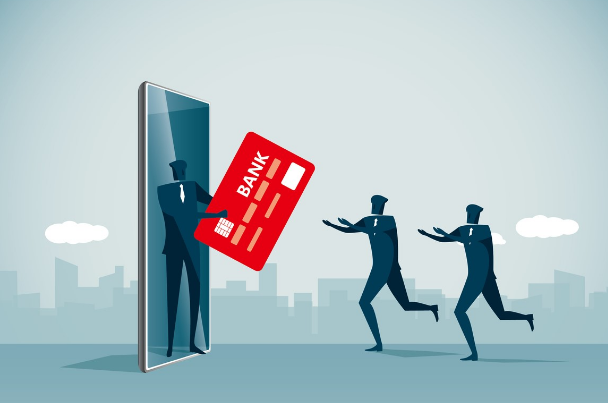 The big tech companies – predominantly Google, Apple, Facebook and Amazon (GAFA) – have taken the western world by storm in the 21st century.

But none of these companies have officially entered the banking industry in the UK, although the door could be open in the future.

A global survey by MuleSoft found that more than half of 18- to 34-year-olds (52%) would consider using firms such as the GAFA companies for banking services due to the convenience and personalisation that they offer.

In addition, a report by management consultancy Bain & Company revealed that 65% of US-based Amazon Prime customers would be willing to sign up for a free online Amazon bank account which could offer 2% cash back on all purchases.

In light of this, Specialist Banking has asked leading industry figures whether banks should be concerned about the potential of the GAFA companies entering the banking sector.

Should banks be concerned about the prospect of big tech companies entering the industry?

“With the resources that big tech companies have at their disposal, we would be foolish to not consider them a threat,” said Paul Clark, CTO at Tandem.

“The tech giants have to worry about the oversight and regulation that they will be subject to.

“They may think twice about opening up their businesses to wider regulation by the PRA and FCA.”

Julian Sawyer, COO at Starling Bank, felt that the regulatory burden and complexities were too great for big tech companies to enter banking.

“They thrive in a dynamic, unregulated environment and to be a bank would put severe constraints on their whole business.

“I do think they will partner – maybe with innovative challenger-type banks that align culturally – but with each party bringing something the other can’t.”

“They need to learn from other industries that have been similarly disrupted.

“We’ve seen big retailers struggle and even go into administration, unable to compete with the convenience and experience offered elsewhere.

“Fighting back is about more than creating a better online service or mobile app, but instead about better and more unified customer engagement through all channels, whether online, by voice or in person.”

Richard Skellett, chief executive officer at Allied Worldwide Ltd, claimed that many traditional banks worked with GAFA and some were very reliant on those same organisations.

“It’s interesting that unlike other areas when GAFA enter a market, where it’s almost a wrecking-ball approach.

“This time it’s much slower and that should be very worrying for banks.”

“This is evidenced by the rapid growth of digital-only start-ups like Monzo, Starling, TransferWise and recently N26.”

Mark Aldred, banking specialist at Auriga, commented: “While consumers have had reason over the last decade to distrust banks, more recently they have a growing number of reasons to be wary of big techs, for example, rumours of ‘election rigging’, ‘fake news’, ‘tax efficiencies’ and so on.

“Banks might just be the more trusted, and the regulation that they are subject to might become their best friend as consumers choose who to trust with their money and their data.

“There is a growing call to see other organisations regulated within banking rather than just banks regulated, and this will create a level playing field and reduced risk of the kind of unfair competition that can occur when the internet takes on the high street.

“It may even see the big techs look elsewhere.”

How could it affect the specialist banking market?

“Specialised banks are not new; they are focused on one thing or one market and do it well,” Julian added.

“The world of being all things to all men is wrong and breeds inefficiency and poor customer value.

“Specialist banks that focus on one product, such as current accounts, or one sector, such as SME banking, will succeed as long as they focus and deliver on customer needs.

“GAFA could bring customers and might provide content and product for a marketplace, so distribution could move to them.

“But fulfilment will remain in the world of banking.”

Chris Beer, head of EMEA regulation at Excelian, Luxoft Financial Services, added: “We could see a proliferation of partnerships or buyouts between specialist banks and GAFA.

“Solo online banking apps have the client base, but lack the technological nous that Apple could provide, for example.”

Samantha Seaton, CEO at Moneyhub, said: “Those who are prepared to be agile, ‘fast followers’ will reap the rewards, and while inertia is often a significant hurdle, enlisting the expertise and insight of specialist fintechs can give them a huge boost.

“By cherry picking different capabilities to rapidly extend their offering and level the playing field, traditional banks can overcome the challenges of incumbency and learn to thrive in this new environment.”

Kyle Ferguson, CEO at Fraedom, felt that it was still unclear what impact the big tech players would have on the banking sector.

“…The pressure on challenger and specialist banks to deliver an improved service and provide a more technically advanced product range will increase.

“Those banks that build up a network of trusted and effective fintechs can limit the impact of these big tech companies.”

“They have experienced similar threats from fintechs before and many are coming through gloriously.

“Their play is to use technology to become much more highly relevant to customers, while also addressing the ever-changing complexity of regulatory requirements.

“This has helped to withstand fintech threats, but more importantly enable banks to absorb and leverage fintech innovations on their own terms.

“We expect positive collaboration, not conflict, to be the outcome of big tech edging into retail banking.”