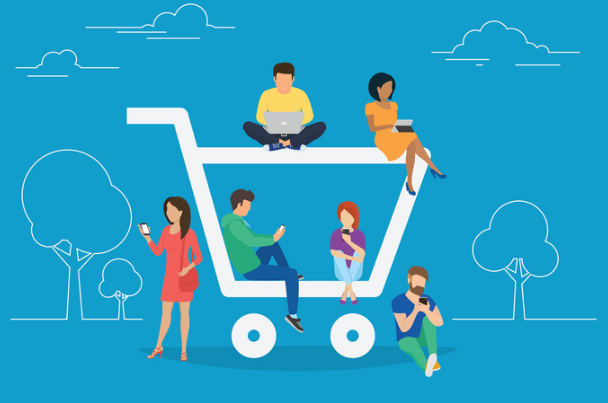 Open Banking: what can be done to engage young people?

Young people arguably have the most to gain from Open Banking, a specialist bank has claimed.

Despite this, only 14% of 18- to 24-year-olds had heard of Open Banking, according to a recent poll by YouGov.

On the other hand, the 55+ age group were significantly more aware of the initiative (39%).

Why are young people less aware of Open Banking?

Simon Furnell, chief operating officer at Masthaven, said: “Young people arguably have the most to gain from Open Banking, but many haven’t fully grasped the opportunities.

“The high street banks haven’t done much marketing or communication around Open Banking yet, and that’s a big part of the problem.

“As soon as the high street banks start informing customers about the opportunities Open Banking offers, more young people will have a chance to benefit from the reforms.”

A spokesperson at Starling Bank believed that young people were still trying to make ends meet rather than focus on banking.

“Frankly, I'm not sure that the majority of younger people have ever been very well-informed about banking.

“This is partly because we do a very bad job in this country teaching younger people about money and finances.

“But it's also simply a stage of life thing.

“It's not until you've been working for a few years and have built up some capital that you'd start paying attention to money and banking.”

Benedetta Arese Lucini, CEO and co-founder of Oval Money, added: “Young people usually use their banking app very marginally and have not yet been exposed to many services that give them an advantage through Open Banking.”

Dan Jones, partner at Capco, claimed that Open Banking hadn’t quite generated the reach and interest that the Competition and Markets Authority (CMA) may had been hoping for, especially among younger audiences.

Dan also claimed that until more of the CMA 9 started launching flagship Open Banking propositions, it was unlikely that customer penetration with younger audiences would really take hold.

“…The roll out of Open Banking has been managed and controlled with no industry-wide marketing campaign really taking place.

“Without that or a real groundswell of propositions that reach an existing large audience base, the awareness rate is not that unsurprising.”

However, Tom Renwick, strategy analyst at Atom bank, thought that the industry shouldn’t be too discouraged by the figures regarding awareness due to the implementation of Open Banking being in its infancy.

“There is an absence of high-profile active services [and] customers are yet to recognise the value exchange,” Tom claimed.

“And it is only through the lens of opportunities that consumers, young and old, will come to understand how they might come [to] derive better value from their banking experience.”

What can be done to engage younger people?

“Open Banking should be part of ongoing financial education for young savers – it is a technological innovation designed to make the free market work for them, the customer,” said John Gunn, executive chairman at SynerGIS Capital.

“All consumers should be encouraged to regularly benchmark the service and rates they receive versus the market and to use the modern tools provided by regulated fintech providers to help them both make and save money.”

Stuart Hulme, director of savings at Hampshire Trust Bank, added: “…It’s clear from this research that those involved in the Open Banking initiative need to do more to communicate the benefits to all consumers, whether young [or] old.

“In short, Open Banking represents an opportunity for consumers and, importantly, for new players to influence the market.”

Michael Rolph, CEO at Yoyo, believed that the onus was on the big banks and innovative partners to start changing consumer attitudes.

“Young people will need [to] see the clear benefits of sharing their financial data.

“Transparency will also be essential, and hidden terms and conditions will need to become a thing of the past.”

Olly Betts, co-founder of OpenWrks, added: “…More focus does need to be put on the benefits to people’s everyday lives in simple value terms, [for example, it] saves time, saves money, increases access.

Kanika Hope, strategic business development director at Temenos, claimed that trust was the building block for Open Banking and banks must act on this advantage if they were to succeed with the initiative.

“Younger and older people alike need to be made aware of the concrete benefits of Open Banking by their Open Banking providers.

“The key question they must address is: how does Open Banking create greater choice and control over what the younger generation buys and from whom?

“[Also] how it provides increased convenience, proactive and targeted advice, more transparency and hyper-personalised products at lower cost, all without compromising the safety of their personal data and money.”

Simon concluded: “Lots has been done on Open Banking, but this is the biggest change in a generation.

“The banking sector needs to really get behind it.”